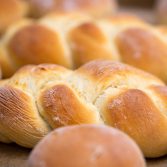 Yummy vegan Challah as made by Jemma at JVS popups, easy to make and tastes great! 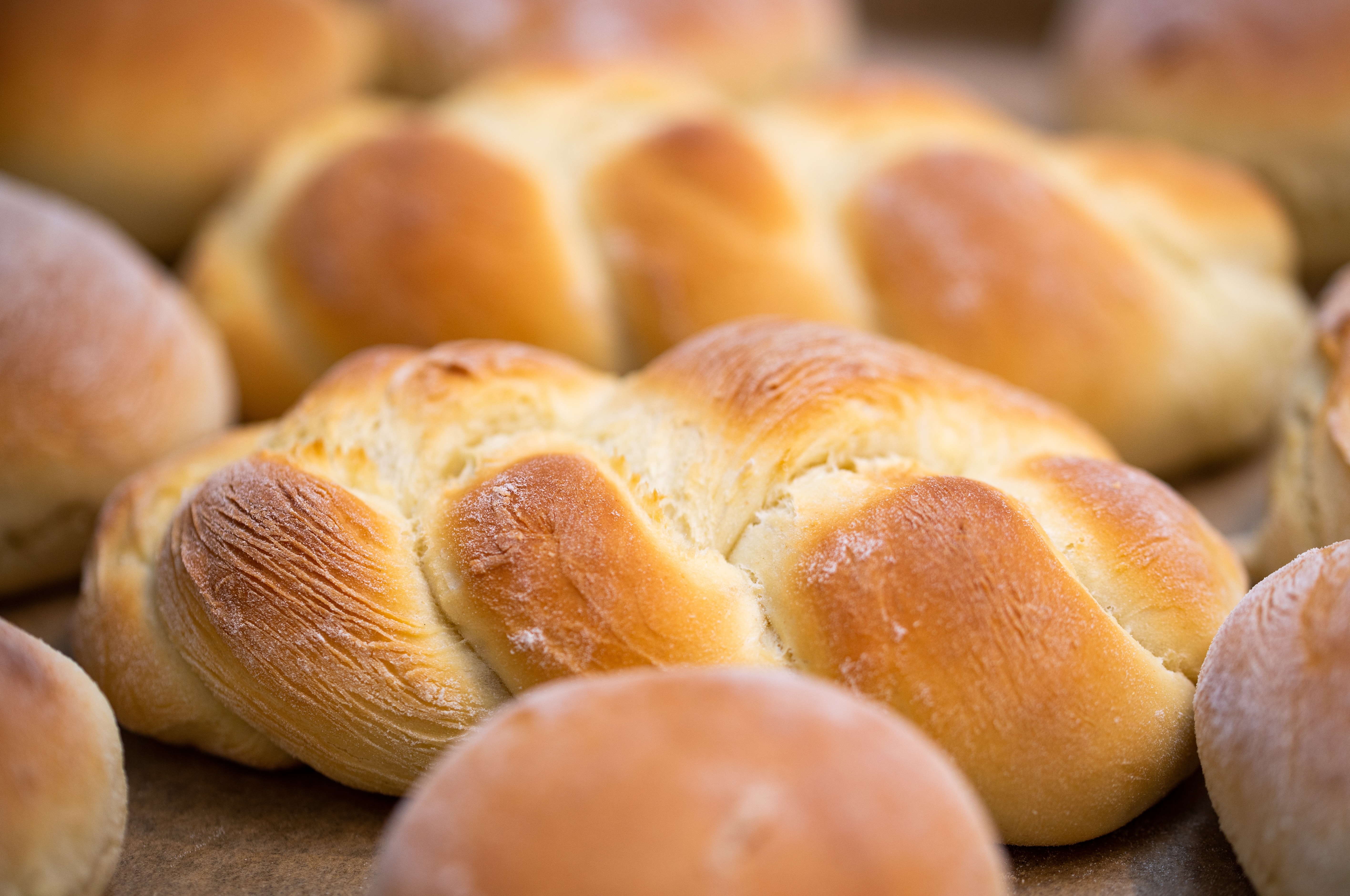 1
Mix the flour, salt, yeast, and sugar in a large mixing bowl.
2
Pour in the lukewarm (not cold!) almond milk and stir everything together with a large wooden spoon. Then add the olive oil and combine.
3
When the mixture has mostly stuck together turn the mixture out on to a work surface or bread board. Knead the mixture by holding one end of the dough in one hand and stretching it out with the other hand. Re-form the dough, turn it 90 degrees and start again. Repeat this for 10 minutes.
4
When the dough is shiny and smooth, put it in a large mixing bowl, coat in a thin layer of olive oil and cover the bowl with a tea towel. Leave it in a warm place (but not too warm – ie not next to an open fire!) for between one and two hours (until it has doubled in size).
5
Empty the dough out on to a work surface and push the air out with your fingertips.
6
Split the dough in half and then set one of the halves aside.

Split this half into three for plaiting. If you’ve not plaited challah before, use this link to show you how: http://toriavey.com/how-to/2010/08/challah-bread-part-2-how-to-braid-challah/

7
Repeat step 6 for the second half of the dough
8
Leave the finished challah, covered with a kitchen towel, to prove again for another hour. Before the hour is up, preheat the oven to Gas Mark 4
/ 180° C / 350° F.
9
Coat the challah with olive oil (this gives it a golden colour). Place it in the oven to bake for 25-30 minutes or until golden brown.
10
Glaze the still warm challah with a mixture that is 50% almond milk and 50% olive oil. This gives it an extra shine.
Categories:Baking
jvs 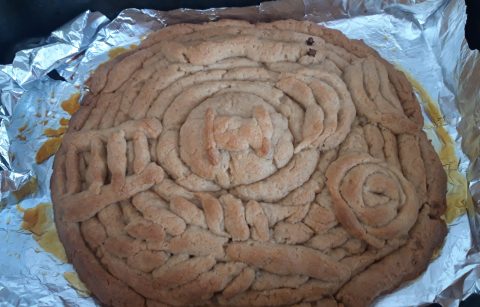 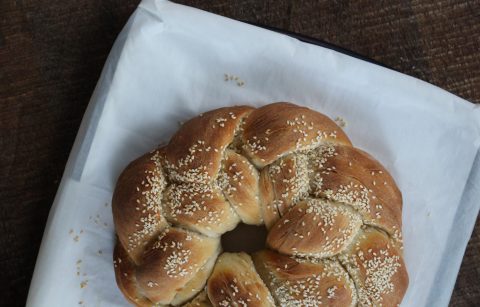 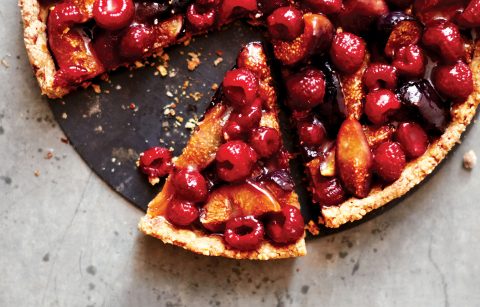