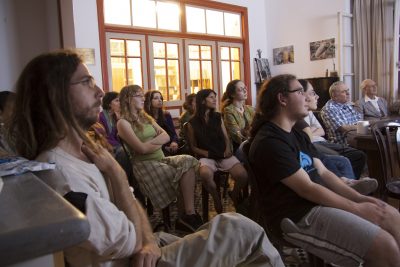 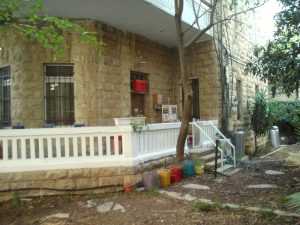 The JVS in Jerusalem was founded in 1991 by Philip Pick, to be a centre for the promotion of vegetarianism as a means to advance the physical, mental, moral and economic improvement of humankind.

In 1992 the Society entered its venue in central Jerusalem, now known as Ginger – the Vegetarian Community Center in Jerusalem. With its high ceiling, thick walls, painted doors and shaded garden, Ginger provides relaxed atmosphere for study, contemplation, community building and grassroot activism. In recent years the JVS has become the backbone for vegan activism in Jerusalem. You can come here for lectures and workshops on varied subjects from cooking classes to nutrition guidance to animal liberation theories.

There are also vegan meals and holiday dinners, a monthly freecycling market [vegan food is served], and meetings of local activist groups. JVS Jerusalem has initiated a series of courses on Judaism and food ethics, on human-animal relations and on food economy. It hosts seminars of various animal protection groups. JVS Jerusalem also has the most comprehensive library in Israel on veganism and animal rights. Special emphasis is put on propagating the values related to veganism as they are expressed in Jewish sources and faith. Lectures and courses organized by the JVS in Jerusalem featured prominent Rabbis and Jewish scholars. We have also published printed booklets on animals in Judaism. JVS Jerusalem was the first group in Israel to reclaim the first day of the month of Elul as New Year for Animals. We work on a pluralistic basis, and we are always open to initiatives and ready to offer our venue as a platform for education and activism – as long as it promotes the Society’s values and does not come at the expense of other initiatives or activists. 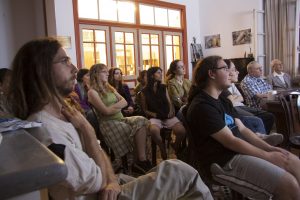