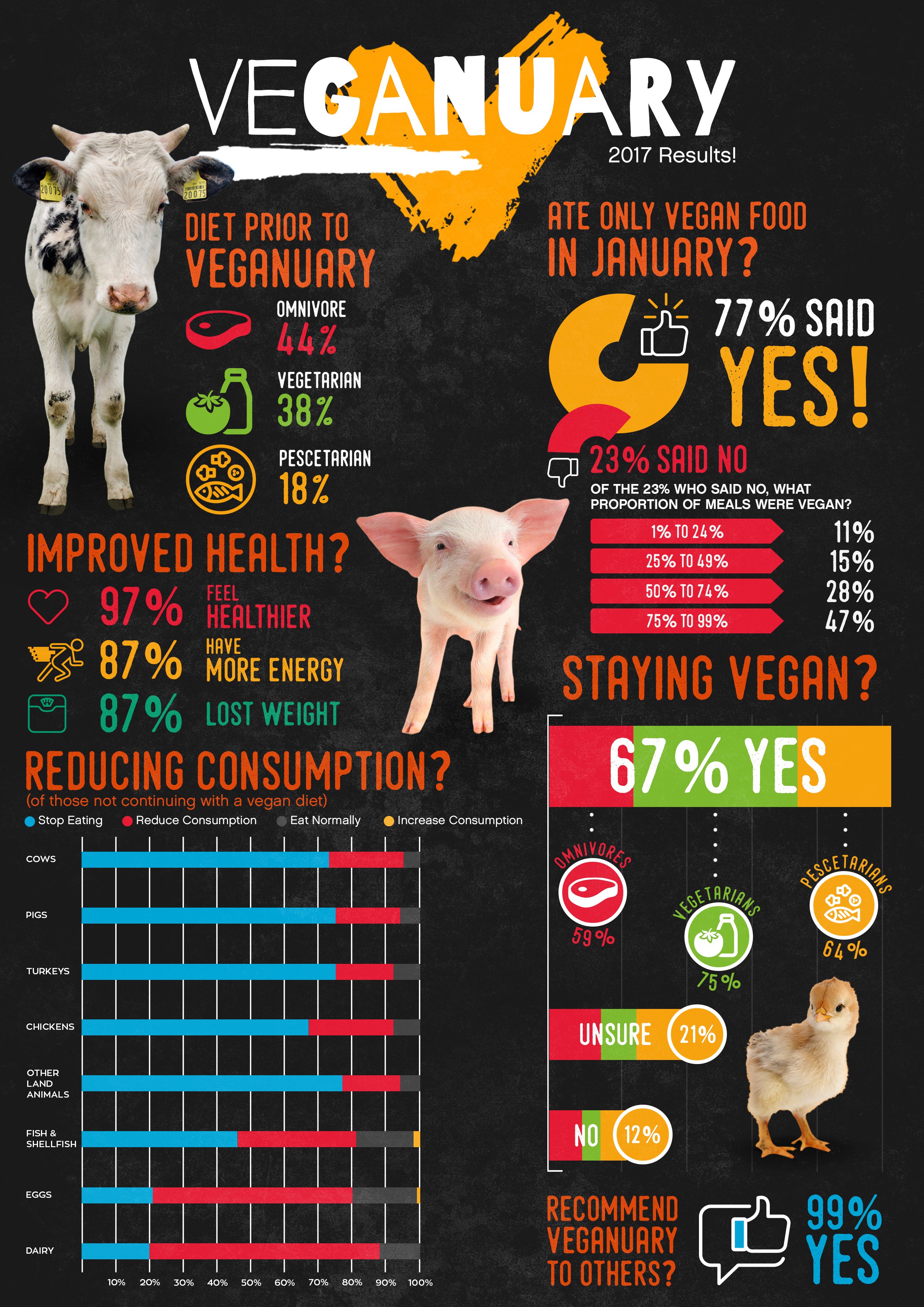 Veganuary 2017 saw almost 60,000 people from around the world eschew animal products throughout the month of January. Participants have been polled, the numbers — and the carrot sticks — have been crunched and the results are in …

And the big figure …

And of those not staying vegan…

Veganuary was launched four years ago and participation has risen year on year, both reflecting and driving the trend away from consumption of animal products. A London Underground advertising campaign, along with the engagement of many of the UK’s high street restaurants and supermarkets, meant that 2017 was a bumper year for changing the nation’s eating habits.

Says Clea Grady, Marketing Manager at Veganuary: ‘Not only have we seen the largest number of people taking part to date, but participants have been so engaged and positive that it’s been an absolute pleasure to introduce them to the world of animal-free eating. The recipes and food pics created and shared have been just fabulous, and the wealth of vegan food available on the high street has made veganism accessible to all.

‘We’d like to congratulate our wonderful Class of 2017, and remind everyone that — while Veganuary’s high-profile campaign takes place in January — we are here all year round to offer advice, encouragement and support to anyone thinking of reducing or eliminating animal products from their diet.’ 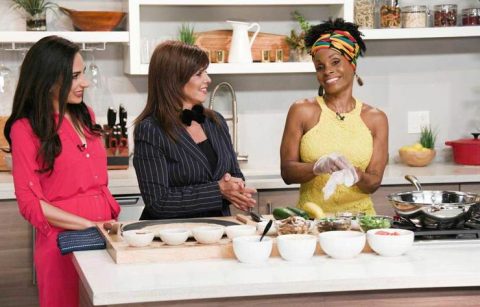 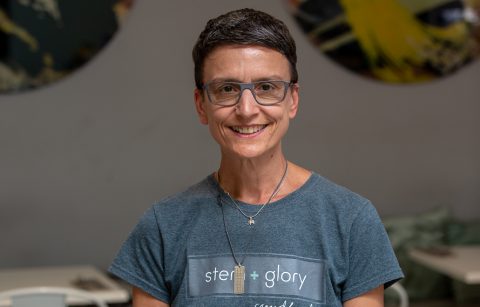 What trends should we expect to see for Veganuary 2021 and beyond? 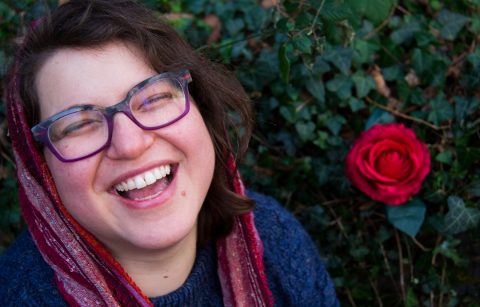