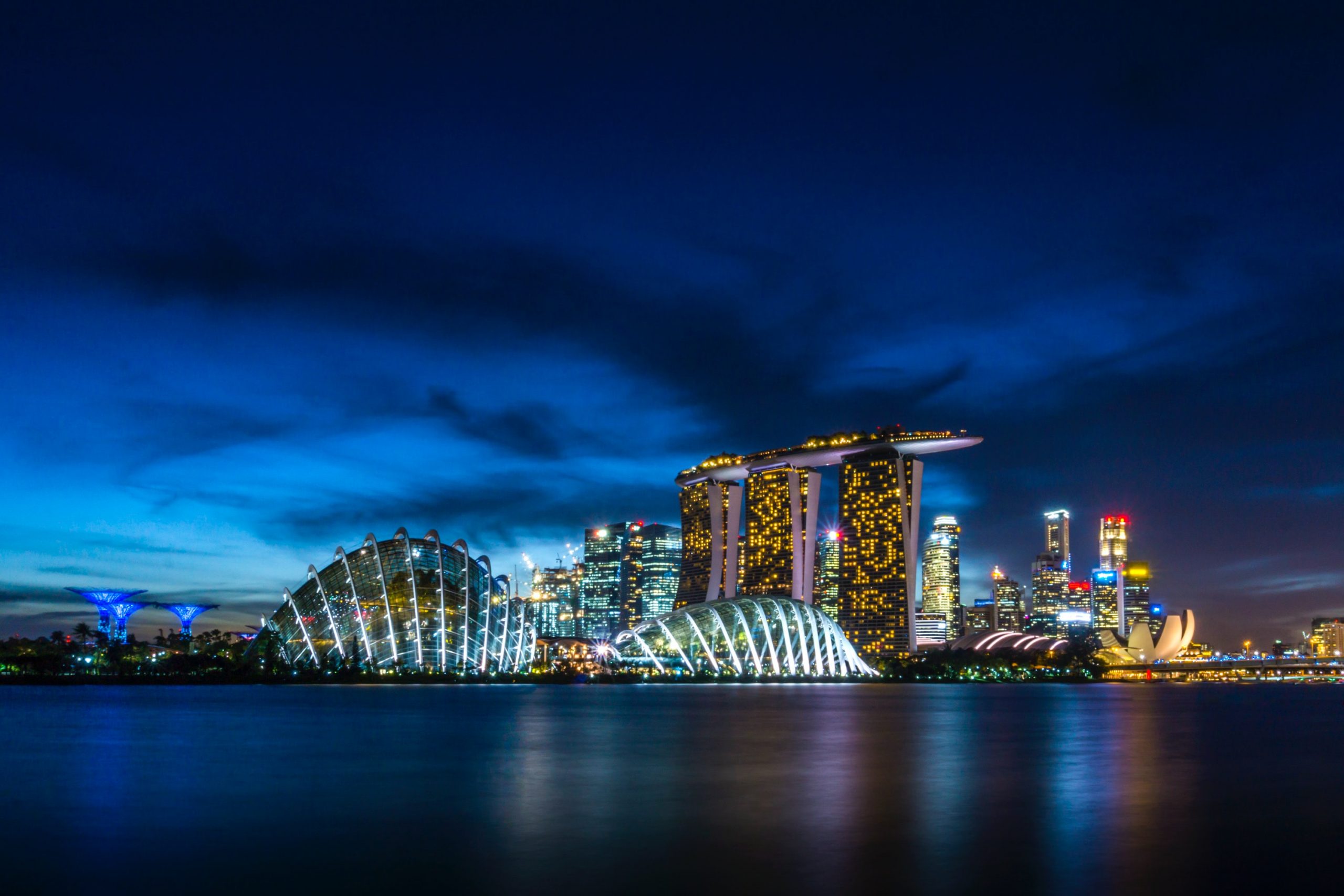 Singapore has become the first country on Earth to approve cultured meat for commercial sale. On Wednesday, December 2nd, the Singapore Food Agency said that the cultured chicken produced by San Francisco-based start-up Eat Just met the safety standards for use in nuggets, opening the door for a commercial launch in the country.

Cultured meat, otherwise known as cultivated meat or clean meat, involves the use of cultured animal cells to create realistic meat-like food products, without requiring the slaughter of animals. Proponents of cultured meat believe it could help overcome the ethical and environmental issues of animal agriculture, while still allowing consumers to enjoy eating meat. In recent years, investment has poured into the industry, with companies like Memphis Meats, Shiok Meats and Mosa Meat having completed funding rounds in 2020.

However, the industry has faced several challenges that have prevented the release of a commercial product. These include high production costs, difficulty in scaling up production, and securing regulatory approval. Before Wednesday’s announcement, no regulatory regime in the world had approved cultured meat, with the approval process in the EU and US set to take years.

Approval in Singapore is therefore a major step forward for the cultured meat industry. The safety testing carried out in the approval process is likely to be useful for approval in other regimes and a successful commercial launch in the country may help convince regulators around the world that cultured meat is safe.

As a small nation with little arable land that imports 90% of its food, Singapore has made local food production a priority. In 2019, the Singaporean government set up the “30 by 30” goal, aiming to make the country 30% self-sufficient by 2030 by taking advantage of new food production technologies, such as vertical farming and aquaculture. The Singaporean government has been vocally supportive of cultured meat, having spoken at the Good Food Conference 2019 on its ambitions to bring cultured meat to the country. It also recently pledged to invest up to S$144 million (ca. $106 million) to the Singapore Food Story R&D program, which focuses on urban agriculture, microbial protein production and cultured meat.

Eat Just (formerly Hampton Creek and JUST) claimed that it had made partnerships with local manufacturers in the country to produce cultured chicken cells and formulate the final product, which will initially be sold in restaurants. The company will begin by producing cultured chicken nuggets but will also apply for a permit to sell fillets. 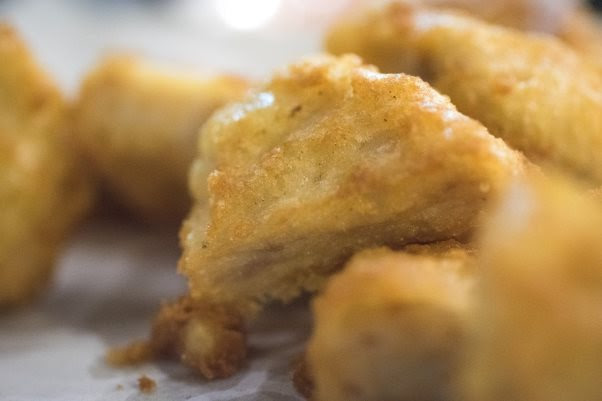 The cells used in Eat Just’s cultured chicken products will be grown in 1,200 L bioreactors and combined with plant-based ingredients. The cells used come from a cell bank established from a biopsy of a live chicken, and so do not require animal slaughter. The nutrient supplied to the cells come from plant-based resources.

However, the growth medium for the production line includes fetal bovine serum, which is extracted from cattle fetuses, generally in slaughterhouses. This is problematic – one of the main aims of cultured meat is to move away from animal slaughter and fetal bovine serum is very expensive and produced in comparatively small quantities. Eat Just claims that a plant-derived serum will be used in the next production line, however it wasn’t available when the Singapore approval process began two years ago.

The need for serum alternatives is just one of the challenges that still remain for Eat Just and the rest of the cultured meat industry. Although serum alternatives exist and are widely available, growth medium is still very expensive and a major contributor to production costs. Additionally, the 1,200 L bioreactors used by the company may still be too small for large-scale production and could contribute to high capital costs per kilo of cultured meat. Development of large-scale bioreactors is a key challenge for the industry – a commercially viable cultured meat product may require bioreactors dozens of times larger than what currently exists for mammalian cell culture.

In 2019, Eat Just described production costs of $50 per chicken nugget. Although prices are now likely to be lower, the company’s cultured chicken will still probably be a super-premium product for the first few years.

A question that remains throughout all of this is whether a quick commercial release is necessarily the best thing for the cultured meat industry. It may be more important to get the commercial release done “right” than done quickly. Consumers are notoriously skeptical of biotechnology in food and a rushed release that damages consumer trust could set the industry back by years, if not decades. Any safety problems could be catastrophic for the nascent industry. Despite huge progress in product quality, the plant-based meat industry has struggled for years to shake off consumer perceptions of inferior quality linked with the earliest plant-based meat products that emerged in the 1970s and 1980s.

However, this creates a chicken-and-egg situation. Developing the large scale bioreactors and processes to reduce production costs and carrying out extensive consumer outreach campaigns will cost a lot of money. However, without a commercial product it will be hard to get this money, especially if investors begin to lose confidence as time goes by without a commercial product. The first few years of commercial release will require a delicate balance from the cultured meat industry, with consumers being given complete transparency over the production process in order to build up trust.

Eat Just previously missed goals of commercial release of cultured meat products in 2018 and 2019, which it claimed was due to regulatory problems. In its early days as Hampton Creek, the company suffered from scandals and legal battles. It was accused of buying its own products to boost sales, and in 2017, Target removed the brand from its shelves following allegations of food safety concerns. Target also claimed the company had been accused of mislabelling some of its products – incorrectly saying they were non-GMO. In the same year, the entire board of directors other than CEO Josh Tetrick resigned from the company, with Eitan Fischer, Eat Just’s former director of cellular agriculture, subsequently founding cultured meat firm Mission Barns. This turmoil may be in the past for Eat Just, but it raises some questions around the company and how well placed it is to address the delicate initial years following the commercial release of cultured meat.

For a more in-depth discussion of the technical and commercial challenges facing the cultured meat industry and how a company in the industry can achieve success, see the recent IDTechEx report Plant-based and cultured meat 2020-2030. The report outlines the science and technology behind cultured meat and explores the regulatory and market factors that will shape the industry for years to come, as well as providing a ten-year market forecast for the industry. 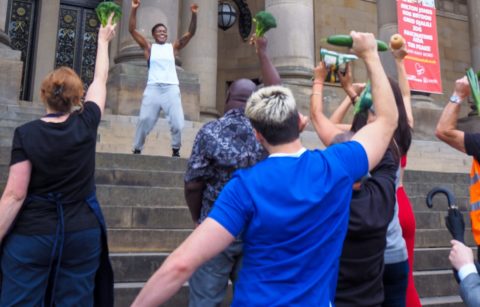 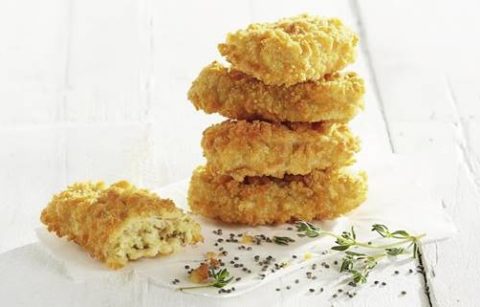