First of all, I should say that by sprouts, I mean germinated pulses and grains not brussels sprouts. These are more commonly known as beansprouts but this is a bit of a misnomer because grains and seeds like sunflower kernels can also be sprouted. From now on I will refer to them as seeds to include pulses, grains and others. The pulses include whole lentils, mung beans, dried peas and chickpeas. The grains include wheat, barley, rye, spelt and quinoa.

Sprouting beans and grains are cheap, especially if you buy the dried seeds from Asian food shops or supermarkets rather than health food shops. Health food shops are more likely to be organic and not be treated with inhibitors to prevent sprouting or irradiated (irradiated seeds will not sprout) and possibly of better quality but Asian food shops will have a much greater variety and be much cheaper.

They might not be the miracle foods that some sources claim but they are far more nutritious than the dried seeds since they concentrate, increase and improve the protein and vitamin content of the original seeds and the bulk. One measure of dried seeds will usually yield from two to ten measures of sprouted seeds.

The vitamin C content of dried seeds is negligible or non-existent but is quite high in the sprouted seeds. It dramatically increases the entire vitamin B complex except B12 (cobalamin). It also increases carotene the precursor of vitamin A, vitamin K and boosts the availability of minerals such as calcium, iron, zinc and magnesium by chelating them with proteins.

Sprouting enhances phytase which breaks down the ‘anti-nutrient’ phytic acid [the storage form of phosphorus] which binds minerals such as iron, copper, zinc, manganese and calcium making them unavailable for absorption by our bodies. Sprouting also inactivates enzyme inhibitors found in many seeds. The enzymes concerned are protein catalysts that break down large insoluble molecules into smaller more digestible ones.

However phytic acid is not the total villain it’s made out to be since there is evidence that being an anti-oxidant it helps protect us from cancer. It is the ultimate in freshness but you can also preserve them in brine, vinegar or a mixture of both. They can also be frozen either raw or blanched first.

They are easy to grow, especially if you use the methods that I will show in this article. They are tasty, easy to digest [especially if lightly boiled for a few minutes or steamed] and blend well with other foods in soups, stir fries [my favourite] and stews. I sprinkle them with salt and fry them for a few minutes in olive oil until they are crisp. They make a nice healthy-ish snack.

Sprouting eliminates most of the cause of flatulence in beans (what I call the ‘fart factor’) by breaking down the three indigestible sugars that cause it.

Where to get them:

My local Sri Lankan supermarket sells 1kg of sunflower seeds for £3. Dried green peas and whole lentils can be purchased in most supermarkets or delis. I haven’t yet found a source for barley grains to sprout but most Turkish food shops sell wheat berries which are easy to sprout.

The History of Sprouts

The Chinese sprouted mung and soya beans for thousands of years and used them on their sea-voyages to prevent scurvy. They are also popular in Asian cuisine, eg. in the form of Tauge or Toge.

In Britain sprouted barley or wheat was first used by country people to make beer, or a very low alcohol version to be given to children and servants, called small beer. This saved many lives because the water from streams or rivers could be pretty lethal since it contained nasties such as animal excreta and dead animals deposited upstream. Using boiling water in the fermentation process, and the fermentation process itself killed the disease-causing organisms. It also served as a good source of vitamin C thus helping to prevent scurvy. When the sprouted grains started to be kilned or heated in 1845 this destroyed vitamin C, but it was still mistakenly used to prevent scurvy until 1897.

It was investigated by the British Admiralty because of the prevalence of scurvy on long voyages where sometimes over half the crew died from this as did one in seven of the British navy overall. In 1776 Captain Cook was awarded the Copley Medal by the Royal Society of London, not for his discoveries on the South Seas but for applying Dr David McBride’s ideas to prevent scurvy amongst his crew. In a more than three year voyage he did not lose one man from scurvy. He did this by preparing a ‘wort’ of sprouted then dried and crushed barley. He also took sauerkraut and boiled down lemon juice. The recipe for this ‘wort’ is given at the end of this article. The British Navy eventually replaced sprouted barley preparations with first lemon, and later, lime juice, hence the American name for the British, limeys.

How to do it

The simplest way to sprout beans is to use a glass jar or other container, I use 1 kg tubs that are used for everything from yoghurt to sweets. I make several drainage holes right on the edge of the lids. I then soak the seeds until they are easy to bite. Most books recommend 8 to 24 hours, or overnight but I have found shorter periods are enough, especially when using warm water. Warming the water also gets rid of the chlorine in tap water. For seeds like lentils and black eyed peas 20 to 30 minutes is sufficient, but the other seeds take a bit longer. I then drain the water out through the holes in the lid and rest the container, holes at the bottom, at a slant in a bowl to allow the seeds to drain off any excess water. I then rinse once or twice a day.

Dried seeds can be sprouted after many years. The record is 10,000 year old frozen lupin seeds found in a lemming burrow in the permanently frozen silt of the Yukon. In a less spectacular example my most recent batch of black eyed peas, which had been overlooked previously had a sell by date of January 2013, nearly three years old.

Another method of sprouting involves making about 8 or more holes in the bottom of plastic tubs or aluminium take-away containers. I soak the seeds by putting the holed container inside an unholed one. When the soaking is complete I take the holed container out and let it drain. The advantage of this method is that you can stack the containers on top of each other enabling you to rinse the top one and letting the water drain through the ones below. To stack them this way I take pieces of wire, bend them into a ‘u’ shape and rest them on top of the containers, allowing other containers to rest on top of them.

When are they ready?
It takes two to three days for the shoots to appear. They can be used anytime after that. I usually wait until the shoots are about 1 cm long or more. For fenugreek you can wait until the first green shoots appear. The speed of growth depends on the ambient temperature, they grow slower in the cold. The optimum temperature for fast growth is 25/35 degrees C. Captain Cook’s Sweetwort [from Martha Oliver’s Add a Few Sprouts, 1975 an excellent book now out of print but copies are available on Amazon]. 2 cups of barley sprouts [wheat berries can be substituted], 6 cups of boiling water, honey to taste. With 1/3rd of the water liquefy the sprouts. Then add the rest of the water and let it stand for an hour or so until it cools down, then strain and drink. 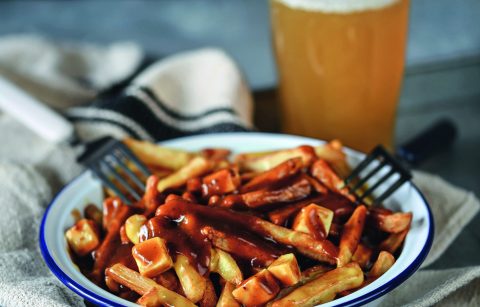 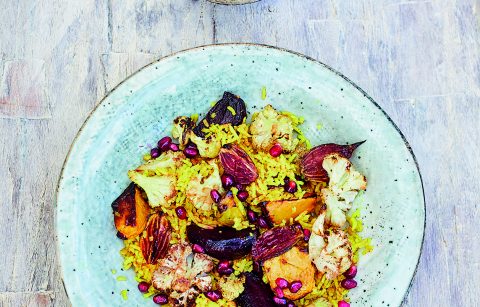 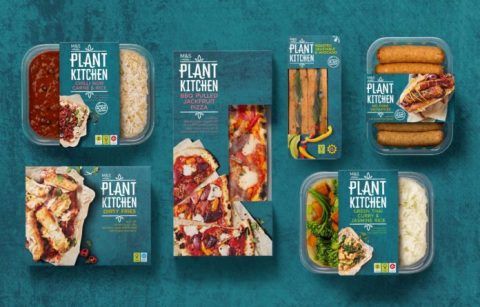