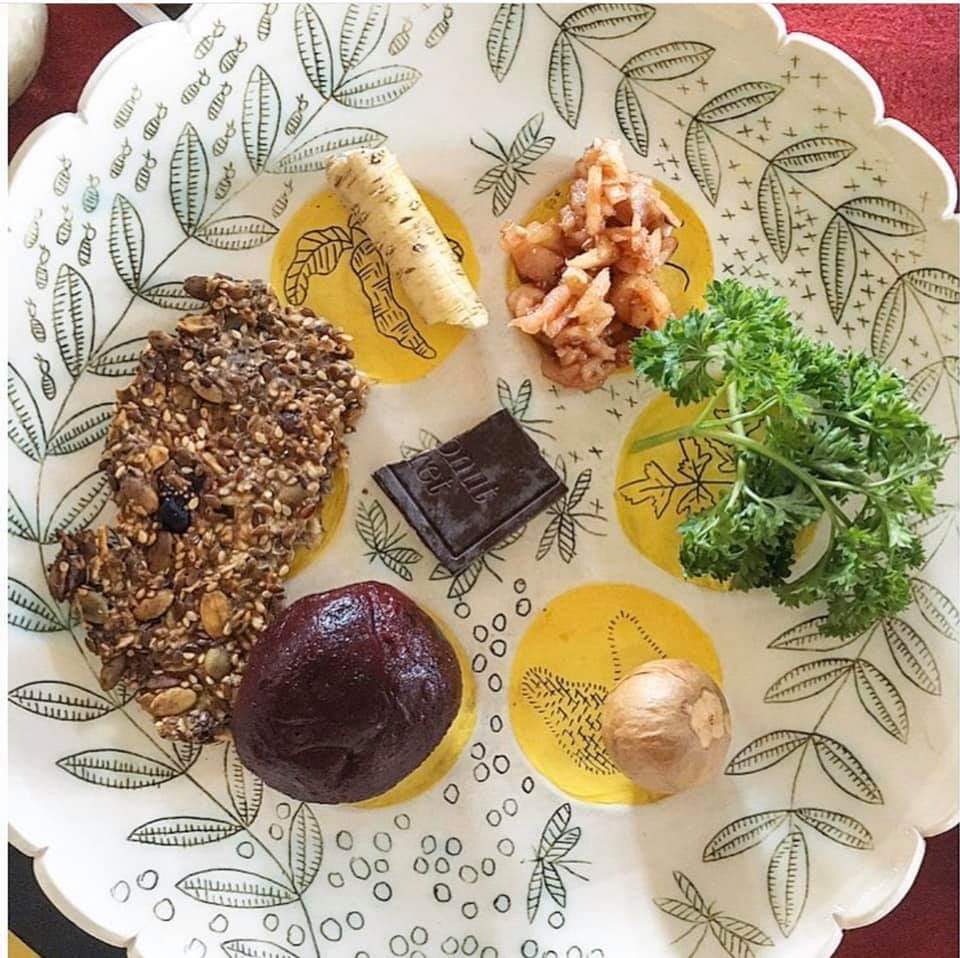 Four years ago I decided to be vegan for the duration of Pesach. My thought process was this: Pesach is about liberation/oppression. We embody that through our food choices (no leavened bread for a whole eight days!). So, it made sense to be vegan for the holiday itself, and spend that time learning about animal oppression/liberation, and the ethical reasons people choose to be vegan. I decided I would use the knowledge to make an informed decision by the end of Pesach about my diet. I’d imagined that I would decide to reduce my intake of animal products. But, at the end of the week, my flatmate, who had joined in the “Vegan L’Pesach” experiment, announced that she was going completely vegan and that she wanted our flat to be vegan, too. Surprising myself – I agreed.  And here I am, four years later.

One of the things you need to think about if you’re going to do a vegan Pesach is how to adapt your seder plate. The seder, the festive Pesach meal that helps us to tell the story of our ancestors’ journey from slavery to freedom, comprises a plate of symbolic foods.  For the maror (bitter herbs), charoset (mixture of chopped fruits, nuts & wine), and karpas (green vegetable), there’s no vegan dilemma. But for the zeroa (shank bone) and the beytzah (egg), a vegan must do some re-thinking!

Something to keep in mind is that Judaism has always evolved to meet the needs of our people in every age, and the seder plate is no exception. New seder plate items have been added in the past half-century, such as the orange, which can represent either women’s rights or LGBTQ+ rights, and the olives, which represent justice in Israel/Palestine. I’ve also heard of people putting chocolate on their seder plate, to represent modern slavery and the need to support fair trade. I have even been to seders where guests have been invited to bring their own symbolic objects to add to the seder plate, encouraging them to imagine how they would visually represent the idea of “freedom”. Innovation, as far as the seder plate is concerned, is already a long-standing Jewish tradition.

Furthermore, each of these foods is symbolic of an idea, or a step in the Passover story.  For example, the maror represents the bitterness of slavery, and charoset is supposed to look like the mortar the Israelites used to make bricks in Egypt, as well as taste like the sweetness of freedom. So it can really help us, in looking for vegan alternatives, to consider the intended symbolism of the food, and use that to guide us in looking for a suitable replacement.

Here’s a guide to how to re-think the zeroa and beytzah for your Vegan Seder Plate:

What does it represent?

The zeroa’s symbolism is two-fold:

What does it represent? Like the zeroa, the beytzah also has multiple resonances: 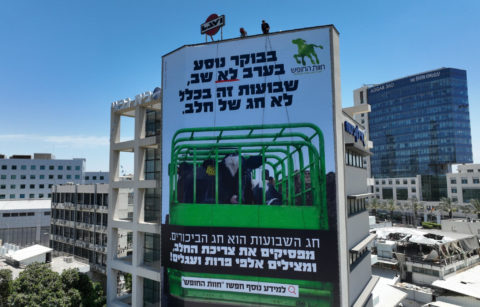 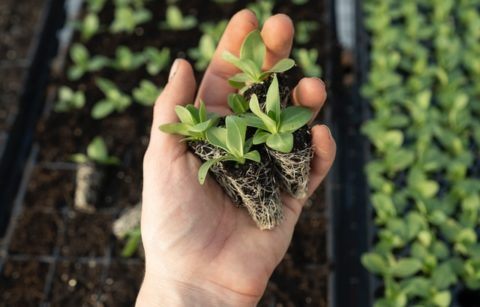 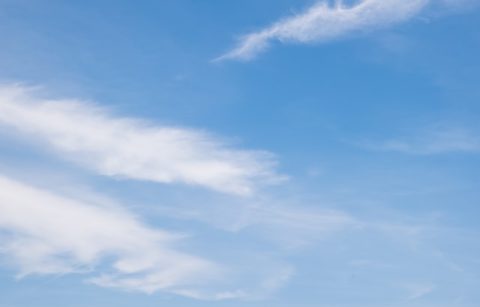