2 weeks ago
by Lara Balsam 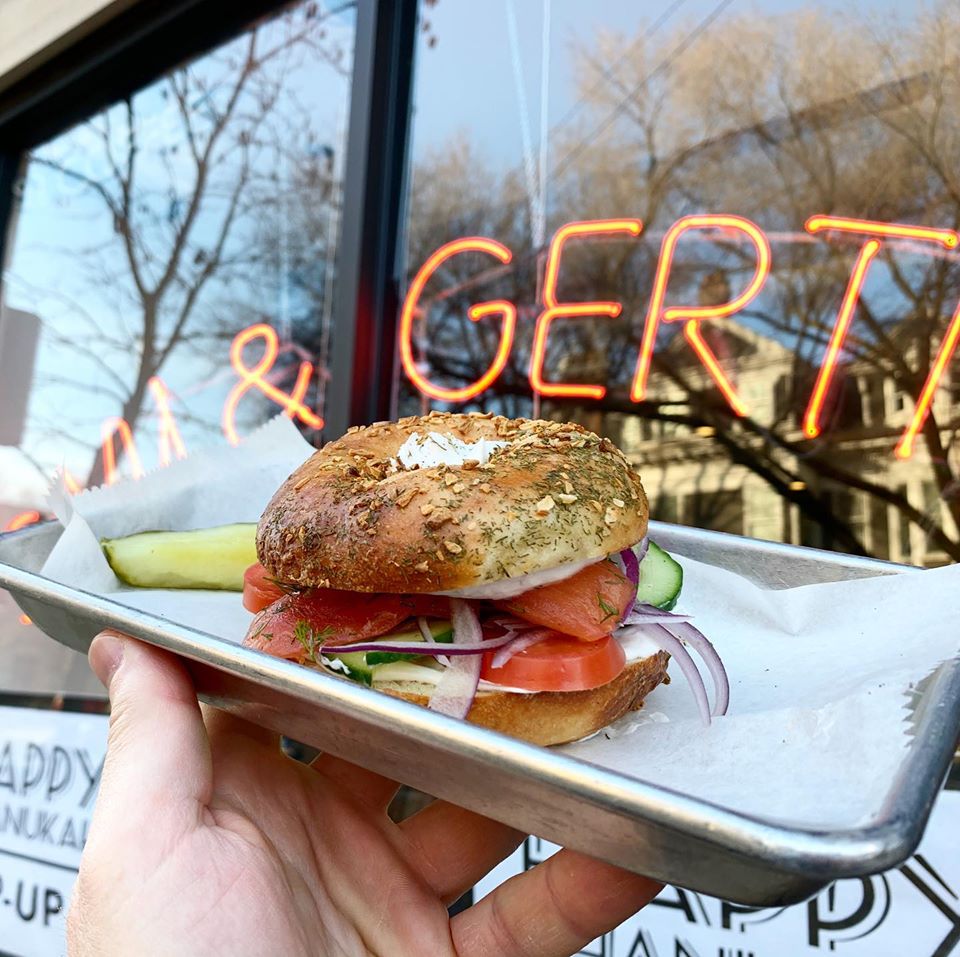 As more people decide to go plant-based, we ask some Jewish vegans how easy they have found making the change.

At your next kiddush or family tea, when everyone sits down to bridge rolls topped with egg mayonnaise, salmon, chopped herring and cream cheese, could you refrain from tucking in? Could you give up juicy roast chicken, that shmear of chopped liver, or even a salmon and cream cheese bagel?

With Veganuary a regular calendar fixture, and veganism a growing topic of discussion, how do Jewish vegans feel about giving up our traditional treats?

“The Jewish Vegetarian Society recently hosted a business forum, and we served a kiddush-style spread which had been veganised” says Lara Balsam, Director of the JVS.

“We bought it from The Bagel Place, a kosher bakery in NW7, which offers a vegan menu. It looked just like a normal spread. There were bagels topped with tofurkey, vegan egg mayo and vegan cream cheese, and they did pastries and cupcakes.”

“Many bakeries do a water challah — which is eggless — for people with egg allergies” she adds.

Xenia Bracha, who co-owns The Bagel Place with husband (and baker) Ami, is herself a passionate vegan. “The kosher market needs to move on. Nobody wants this unethical food in their lives any more. My dream is to make our bakery plant-based.”

She says everything in their shop is basically vegan, but they use egg to glaze challah and bagels. “If you call ahead we can do them without the egg wash” she says. Even the eggs they do use are laid by rescue hens at a farm in northern England.

More and more of us have found reasons compelling enough to exclude much of the traditional Jewish menu. And those numbers are growing.

But how easy is it practically? I spoke to Jewish vegans to find out how easy it has been, the effect on their lives and if there are any haimish foods they find themselves challashing?

Sue Surkes, environmental correspondent for the Jerusalem Times, and based in Israel, turned vegetarian in 2012. She said goodbye to all animal products two years ago. “I was aware of the horrors that I know take place in slaughterhouses and I wasn’t prepared to have that on my head. I turned vegan when I found out conditions weren’t much better in the dairy industry.”

She has found health benefits to her new regime. “My skin is so much better and my weight is more constant, plus psychologically, I feel a lot better.”

Surkes’s husband and two sons are carnivores, so for Shabbat, she regularly makes herself a vegetable lasagne with lentil pasta sheets (‘for the protein’) and a vegan cheese sauce. “They have it as a side dish and the leftovers are great for Saturday’s lunch.” She says she has found Ottolenghi’s vegetable cookery books a game changer. “They elevated vegetables to a new level which, in the early days, really helped me to make food interesting and tasty.”

For Zack Polanski, Green Party politician, veganism was an ethical choice that was initially about not wanting to exploit animals. More recently, the reasoning behind his choice (and that of many others) was connected to saving the planet.

“The principle of Tikkun Olam makes it very much part of our faith to mend or fix the world. We want to be dealing with climate emergency, and not eating meat is part of that.”

The effect of meat farming on the environment was behind 30-year-old Luke Steele’s dietary decisions. Steele, who is studying for a Master’s degree in environmental law, and has a wider interest in protecting the environment, has been vegan since he was 17. “My grandmother and mother have been vegetarian since the 1970’s and we mostly ate vegetarian food at home, so it wasn’t a huge transition. There’s a leaning towards vegetarian eating in Judaism. Many of us would choose vegetarian food when eating in restaurants where there is no kosher meat.”

Vegans may be growing in numbers, but are still a minority, so are they left as the odd one out at communal meals, for Shabbat and chagim?

“It may sound obvious, but if I’m invited out to eat, I always let know people I’m a vegan in advance — that’s key. And I may suggest recipes or bring a dish” says Rosenfield. “I make sure that whatever I bring is large enough for everyone as they’ll always want some! The great thing about vegan food is that everyone can enjoy it.”

Polanski says things have moved on in the last few years. “It used to be embarrassing to turn up to family meals as a vegan, in particular, holiday meals. The host would have cooked for everyone and someone would have forgotten to say that I was vegan, then there would be a panic. Some people would assume it was a phase and suggest I ate ‘just a little bit of the meat’.”

He recalls a Rosh Hashanah, when it was hard to explain to well-meaning relatives why he could not eat the honey. “I didn’t want to sound militant! It has got easier though, and less difficult for my family to access the alternatives; plus there are incredible recipes online for foods like matzah balls.”

Talking of which, how do they deal with cutting the classics out of their diets? What do they miss? “Gefilte fish” says Surkes without hesitation. “I once tried to make it with a vegan alternative. It took hours and was disgusting” she laughs.

Perhaps she should talk to Steele, who says he and his family replace their Ashkenazi chopped fish spread with a dish made with a tofu alternative and use nori (Japanese seaweed) to give it a more fishy flavour. He and his family have sat down to a meatless Shabbat for so many years they don’t miss it at all. “On Friday night we may have a vegan matzah ball soup or maybe a broth made with Shitake mushrooms. We may serve a beef stews with a plant-based beef replacement or veggie sausages. We make holishkes (stuffed cabbage leaves) with soy mince.”

His suggestion is that Jewish food has a history of fitting into the social environment and many families will adapt their menu accordingly. “Jewish families have a leaning towards home cooking anyway and are inventive, so will find new ways to do things.”

Balsam agrees that our food has a history of adapting, and quotes Jonathan Safran Foer from his book Eating Animals, saying “If you give tofu and the like to the next generation, it will become Jewish food, because Jewish food evolves.”

Steele says he has found alternatives for most of the foods he wants to eat. “You can get vegan challah and bagels easily nowadays, and it’s not hard to find recipes for them. I even found recipes for doughnuts for Chanukah. You can also find a good selection of kosher vegan foods in kosher delis and in mainstream supermarkets.”

“Most people think going vegan is really difficult, but it just isn’t. There’s so much out there and so many recipes online. It’s just different, and by doing it you’ll be helping save the planet” says Surkes.

Story by Victoria Prever at the Jewish Chronicle, 17th January 2019. 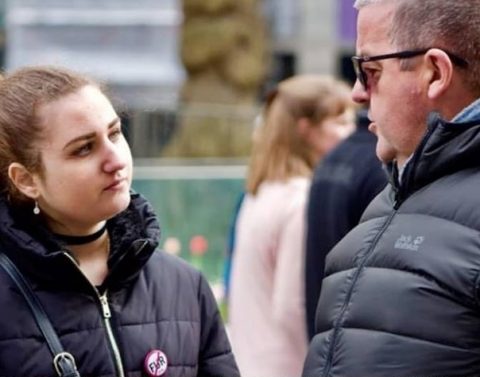 Why I’m vegan, by Mira Lubin 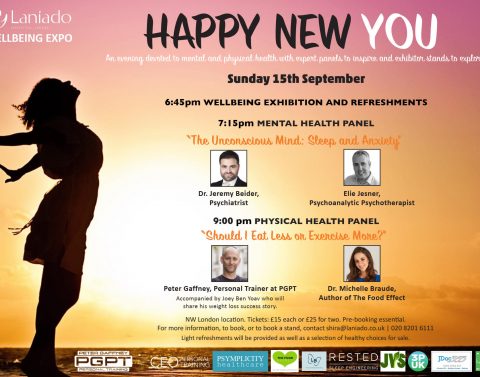 Mar 8, 2020 4:00 pm – 7:00 pm London Clothes Swap!Register NowJVS is joining forces with Laviot for a CLOTHES SWAP!! Bring all the clothes, accessories, and shoes you no longer wear, and go home with a whole new wardrobe of gorgeous outfits!
Mar 19, 2020 7:30 pm – 9:30 pm London Wefil Pop Up Zero Waste Market @ JVSWefil are popping up at JVS with a monthly zero waste, plastic-free market. Booking essential. ****Bring your own containers***
May 28, 2020 2:00 pm – May 30, 2020 2:00 pm Shavuot at Sadeh FarmCome and join Sadeh in the countryside to enjoy Shavuot in amongst nature. The Tikkun Leil will start at 9pm centring on the themes of power, privilege and tikkun olam.
May 31, 2020 10:00 am – Jun 4, 2020 4:00 pm Sadeh's Farm WeekThis is your chance to get to know Sadeh farm, meet new friends, eat tasty farm food and learn how to work the land.
View all
Jewish Vegetarian Society
Close Cookmode
X
Join us for zero waste, plastic-free market 20th Feb